It was announced that BISE Faisalabad Announces Scholarships for Hafiz Quran and Special Students who have disabilities on the basis of the result of the annual Secondary School Examinations 2023.

As per the official spokesperson for the Board of Intermediate and Secondary Education BISE Faisalabad, the directors of Schools and Colleges in the division were informed that the board will award scholarships in the name of Hafiz Quran as well as Special Students in the event that they apply for admission into the first year of their studies. 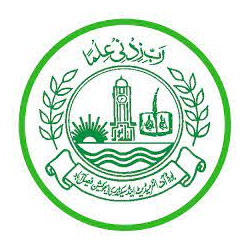 The scholarship will be awarded only on merit and, in this regard testing to determine the Hafiz Quran is scheduled in February 2023. Special students must submit their disability certificates that are issued by the Social Welfare Department.

It is believed that the Hafiz Quran and Special students who scored 60 percent or higher scores in their matriculation examinations are eligible for scholarships provided they are admitted to the first year, and they do not qualify for any other scholarships.

The BISE team will be receiving applications from January 2023 onwards and the board will award monthly scholarships worth Rs. 1000 and Rs.1500 plus Rs.3000 per student to purchase books.

The Board of Intermediate and Secondary Education (BISE) Faisalabad announced that it will award scholarships to Hafiz Quran as well as students with disabilities based on the results of the annual secondary school examination in 2023.

According to a BISE spokesperson, the heads of colleges and schools within Division A were told that the board of education will offer grants to Hafiz Quran as well as special students with disabilities when they are admitted in their first year.

The scholarship would be awarded only on merit. And in this context, the examinations for Hafiz Quran students will also be conducted in February 2023. Special students with disabilities would have to present their disability certificates from the Social Welfare Department, he said.

He stated that Hafiz Quran as well as special students with disabilities that had scored 60 percent or more marks in the annual matriculation examinations in 2023 are eligible to apply for scholarships provided they received admission in their first year and not receiving any other scholarships or award from Quaid-e-Azam Scholarship, Punjab Education Endowment Fund Scholarship.