Punjab School for Transgender Persons In Punjab 2023 are announced.Separate schools will be set up by the Punjab government for transgender people in certain cities. The first such school will be located in Multan, announced Education Minister Murad Raas on Tuesday.

The Punjab provincial education department decided to open a school for transgender people in Lahore as a significant development to build an egalitarian society.

The Punjab government is currently working on policies to ensure equal access to education for all citizens. This includes the transgender community, which is the most marginalized segment of Pakistani society.

The Punjab government opened Pakistan’s first transgender school, Multan, in June 2021. It was a huge success and has since expanded to other cities like Bahawalpur and Dera Ghazi Khan and now Lahore. 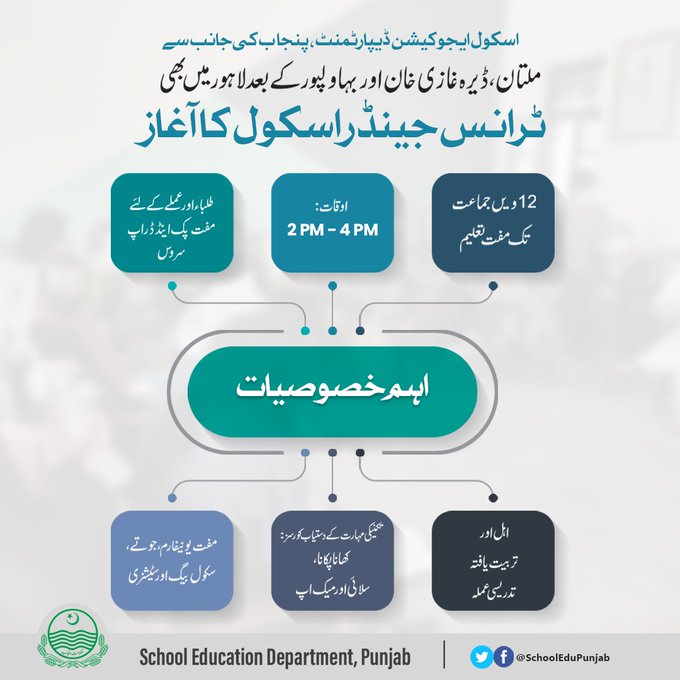 It is important to mention that in 2019, the Usman Buzdar-led Punjab government established a school in Lodhran for transgender people under its Literacy Department.

A 2019 census estimated that Pakistan has around 300,000. However, this number is likely to be much higher. Therefore, providing basic services for transgender Pakistanis is a pressing need.

It is important that you note that in March 2018, the Senate unanimously passed a bill to protect transgender individuals’ rights and allow them to choose their gender identity.