The Federal Directorate of Education (FDE) has announced winter holidays at all model schools as well as schools in Islamabad.

In accordance with the notice According to the official notice, all model schools as well as colleges for girls and boys in rural and urban regions of Islamabad will be closed from the 26th of December, Monday, until December 31 on a Saturday.

It is important to note that FDE has officially announced only six days of holiday. But, when you add the two Sundays that fall on opposite sides of the holiday period, students are given eight days to take advantage of the wintertime. 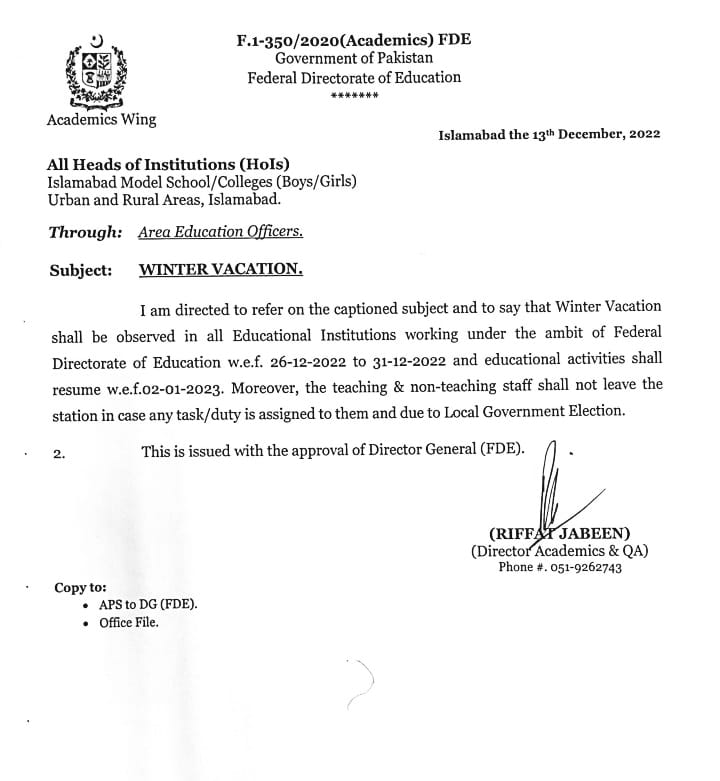 Education activities will resume on Monday, January 2 according to the notice, adding that staff who teach and those who do are not allowed to quit the station if any duty or task is assigned to them, and also because of Local Government (LG) elections.

This week Balochistan’s School Education Department (SED) announced the long-term winter break for private and public schools across the province.

The winter break for long-term students in all private and public schools within zones of winter will begin on the 16th of December in 2023 and until 28 February 2023.