AI-Based School Attendance System 2023 is given here. Khyber Pakhtunkhwa has installed AI-based camera systems in schools to monitor teachers and students attending. This is in response to an increase in teacher absence complaints.

He also explained the School Management Information System (SMIS), which aims to improve accountability, and quality and facilitate the transfer of scholarship funds between partners. 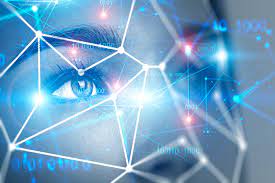 He also praised the ESEF’s eGovernance Unit for redeveloping the initiative that had been mismanaged in the past.

This project will also discourage dropouts while making sure that classes start on time and that teachers stay present.

The Sindh government took stern action earlier against teachers who received their salaries from home while they were not performing their duties.

According to reports, more than 2,000 ghost educators have been denied payment by the provincial education department.

Akbar Laghari (Education Secretary Sindh) stated that they had written a letter asking Auditor General Sindh to stop the salaries for 2,019 ghost teachers.

He stated that ghost teachers will be fired and that the department can do whatever it takes to ensure that teachers are present in schools.