The prescribed department is currently seeking applications to recruit Naib Qasid (Driver, Chowkidar), Aya, Sweeper, and Driver. The advertisement provides all details about these job openings. These positions are open to anyone between 18 and 28 years of age. The latest jobs in Balochistan 2023 have been announced by the Population department. Balochistan’s interested candidates can apply for these jobs using the process described in the advertisement. After the entire recruitment process, they will be offered these Jobs in Balochistan 2023.

Plain paper applications will be accepted. Two passport-sized photographs and educational certificates must be submitted along with a certified copy of their local domicile. Interview and appointment orders for the above vacancies will be issued after verification of their educational credentials/certificates from the concerned institutions

How to send application form for vacancies in Balochistan 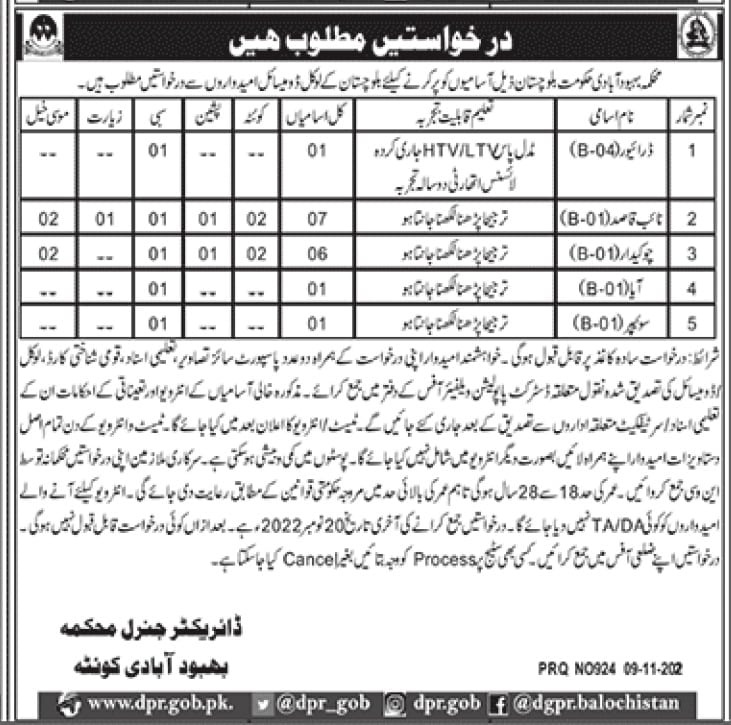